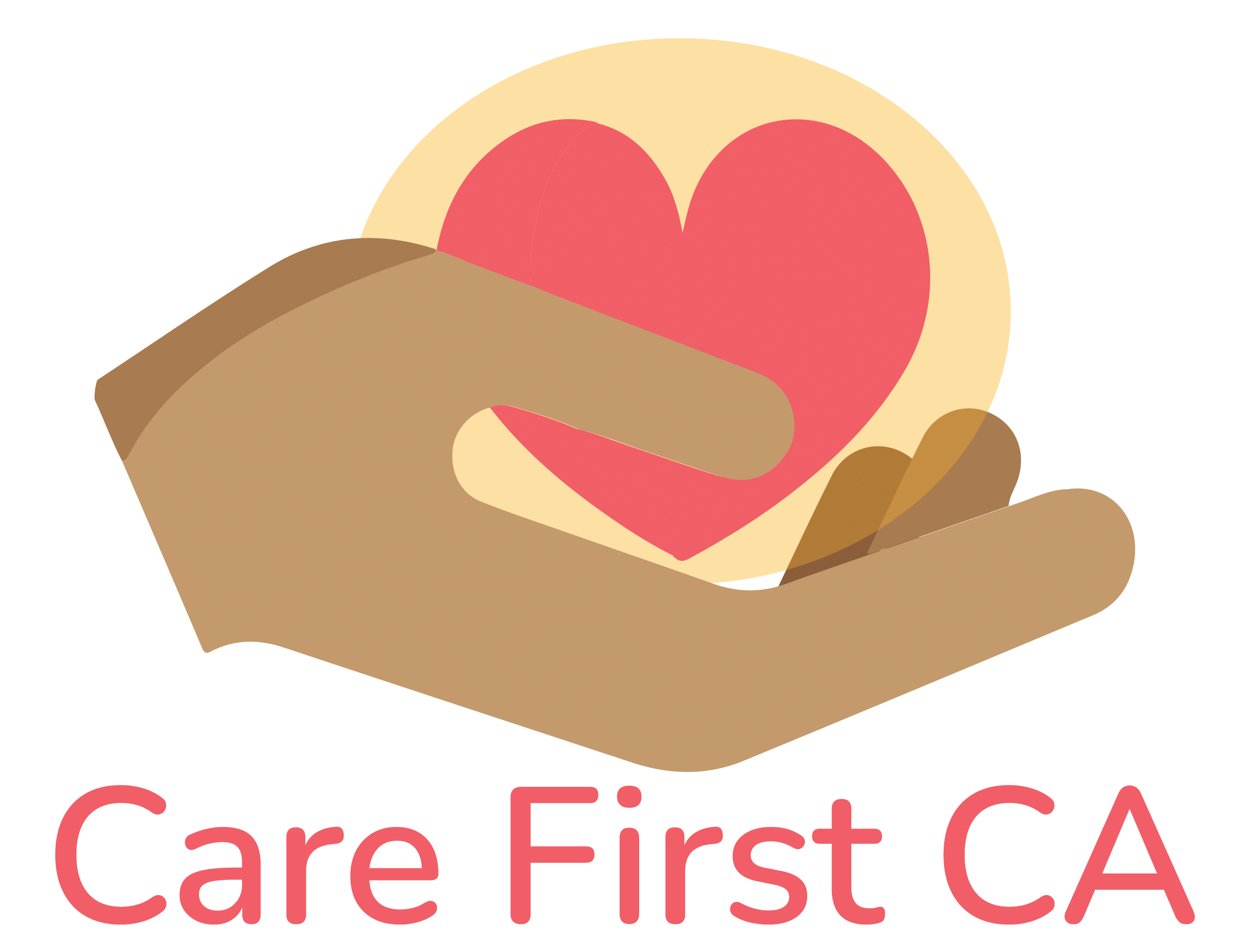 Community coalitions across the state have come together to ensure meaningful oversight of Sheriff School Resource Officers (SROs) in our schools. Statewide, there have been significant reforms to reimagine safety in schools. Some of these were inspired by the national uprising after the murder of George Floyd, and others had been building over the last decade. In Oakland, as a result of the vision and community building of the Black Organizing Project, Oakland Unified School District abolished their School Police Department and have been diligently working with community stakeholders to implement holistic, non-law enforcement interventions that protect the basic human rights of students, staff, and families. Significant community victories to reimagine safety and narrow the scope of law enforcement contact in schools have also happened in Sacramento, Salinas, San Francisco and San Bernardino.(1) In June 2020, LAUSD voted to cut their School Police Department budget by $25 million and to focus reinvestment on Black Student Achievement and deepening investments for holistic school climate, discipline, and school safety.(2)

Crucial implementation measures include removing stationed officers on campuses, providing new school climate coaches, and increasing investments in Restorative Justice Coordinators and Psychiatric social workers to ensure incidents are handled by school-based interventions instead of law enforcement. Further, LAUSD has committed to partnering with community-based organizations to provide supplemental programming, given their history of successfully serving the unique needs of youth in their community. Several of us working on racial justice and youth development efforts were excited to see Supervisors Mitchell and Kuehl begin to take on oversight of Sheriff SROs in schools at the June 8, 2021 BOS meeting (“June 8 Motion”). Both Lynwood and Eastside Union school districts voted not to renew their Sheriff SRO contracts for the 2021-22 school year. The county’s discussions about Sheriff oversight and school safety presents an opportunity to lift up crucial racial justice work happening in the Antelope Valley (AV). The AV Cancel the Contract campaign officially launched in March 2021 to confront the long and troubling relationship between the Sheriff’s Department and AV communities, continued lack of compliance with a current DOJ settlement, and disturbing patterns of student abuses in AV schools by an entrenched approach to school discipline incidents carried out by educators and SROs.3 Cancel the Contract’s work is also inextricably connected to the core human rights and community dignity demands by Justice LA, the Check the Sheriff coalition, and others who have long called for accountability of the Sheriff’s Department. The Check the Sheriff coalition in particular has sounded the alarm around the Sheriff’s Department’s serious abuse of power toward families whose loved ones were murdered by Sheriff’s deputies.

Between 2015 and 2020, the Sheriff’s Department shot over 130 community members. Families who have decided to speak out and seek justice for their loved ones have been met with aggression and harassment from the LA County Sheriff’s Department.4 The ways deputies carry themselves in our communities sets the tone for how they will operate in our schools. The work being done on Sheriff oversight, reimagining school safety, and racial justice is also directly connected to the full funding and implementation of Youth Justice Reimagined (YJR), a new vision for youth justice in Los Angeles County that centers healing and youth development over an archaic “tough on crime” approach to harm. YJR’s Phase 1 implementation plan proposes that $75 million be reallocated from Probation into a new Department of Youth Development in fiscal year 2021-2022, and designates $55 million for community-based organizations focused on youth development. These supports are envisioned as being delivered in school settings. To this end, Phase 1 includes a plan to end school-based Probation programs and the Citation Diversion Program, and replace those programs with peacebuilders and restorative justice practitioners.5

Despite the urgent need to radically transform the way we support LA County youth, the CEO’s office allocated less than a third of the requested funding to Youth Justice Reimagined in the upcoming budget and increased funding dedicated to Probation’s Juvenile Institution Services. In their June 8 motion, Supervisors Holly Mitchell and Sheila Kuehl highlighted the connection between implementing YJR and ensuring that the Sheriff’s School Resource Deputy program contributes to school safety and student wellbeing rather than over-criminalizing youth. Law enforcement presence in schools is antithetical to YJR, as law enforcement contact with youth often activates the school to prison pipeline, beginning with officers putting youth on Probation and, later, in local halls, camps and jails. If we want to truly transform schools into centers of safety, we need to start with funding and supporting programs that center on accountability, healing, and care, rather than criminalization. Specific Recommendations for oversight of Sheriff SROs Central to any oversight mechanism in a contract between any school district and law enforcement entity are specific provisions to ensure that school discipline incidents that should be handled by school-based interventions DO NOT involve law enforcement intervention or referral. The OIG should use the Youth Diversion and Development (YDD) blueprint and YJR to ensure that clear boundaries are drawn and that school-based incidents do not inappropriately become law enforcement referrals. We welcome meetings with your teams so that you can hear directly from system-impacted youth and parents regarding their leadership role in both the YDD and YJR visions for transformation. Further, according to the Department of Justice, LASD conducted over 400 stops of youth ages 18 and under at schools in 2019.

That is an extremely concerning number of stops, considering how data shows that students’ interactions with school police have negative impacts on them and makes them feel less safe. Publicly available data does not provide any insight on what the outcomes of these stops were on students. If a stop is improper or force is used on a student, it is imperative that that young person and their family be able to access policies and a process to ensure that an officer is held accountable. LASD does not have a publicly accessible complaint or grievance process that ensures officer accountability in handling interactions with young people in schools.7 This must happen before approval of any SRO contracts to ensure that young people and their families have a clear mechanism to address harms. 7 The 2019 Antelope Valley Settlement Agreement audit found department-wide issues in the public accessibility of LASD’s grievance process, noting that LASD “does not capture allegations of excessive or unnecessary force(or any other type of allegation, for that matter) that arise during use of force investigations,” nor do they formalize them as part of a deputy’s work history unless the complaint result in discipline. There is also no current protocol in place for young people to make complaints regarding racial profiling.

Significantly, LASD has not implemented an updated use of force policy that is in compliance with current law or the provisions of its Settlement Agreement with Antelope Valley.8 LASD does not yet have a finalized policy that has been updated in accordance with AB 392. According to the AV Settlement Agreement monitors, the use of force policy does not meet the basic standard of “reflect[ing a] commitment to upholding the rights secured or protected by the constitution of the United States, protecting human life and dignity of every individual, and maintaining public safety.”9 Until LASD has disseminated a use of force agreement that is in compliance with state law and the provisions of the Antelope Valley Settlement Agreement, OIG should not approve the extension of any contracts with any LA County school districts for school based law enforcement services. And lastly, the OIG must closely review the data requirements in the June 8, 2021 motion and ensure that no contracts are approved without a specific and actionable plan regarding the requisite data transparency.

Our County leaders have made important steps toward a care first, jails last approach. Confronting that way that schools criminalize students and their parents is crucial in this vision. Please take seriously the lived experiences of system impacted youth leaders and parents, count the lack of evidence that law enforcement presence in schools improves safety and bravely reimagine school safety with the wealth of expertise on holistic community intervention and support that exists in our County. No Sheriff SRO contracts should be approved without the oversights detailed above. We would love to dialogue further with your teams about these issues.